I’m back again for another installment of #CCOD, and this month is perhaps one of my favorite themes: Star Trek.

If you follow me pretty much anywhere, you’ll know that I am a huge, huge, HUUUUUGE Trekkie. It’s blatantly obvious by now. So, how could I go a year without including a Star Trek-themed Casual Cosplay? It’d be as crazy as taking on a Romulan fleet with only 20% shield power.

A Star Trek outfit was perhaps the easiest to compile, as I have multiple Star Trek-themed clothing items. But there was one piece that I wanted to spotlight in this month’s ensemble, which is my super cute Star Fleet uniform blouse from Her Universe. 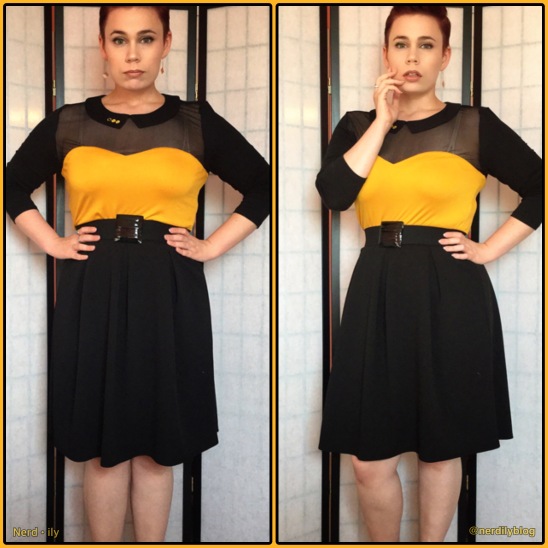 As you may very well know by now, Data is my favorite character in the Star Trek universe. Therefore, this Casual Cosplay may or may not have been inspired by him. The blouse is gold and black (just like the uniform he wears), and displays the same amount of rank pips to position me as a Lieutenant Commander.

Obviously, Data is a straight-laced android, so I couldn’t exactly pair this blouse with some ripped jeans or booty shorts. Since the blouse has a vintage flair to it, I went with that theme and finished the look with a professional A-line skirt. To further define my waistline, I added a black waist belt. And, though not pictured, I wore plain black heels to help define my legs.

For make-up, I stuck with gold tones to reflect Data’s complexion. I actually based my eye make-up with one of the eyeshadows I used for my Data cosplay look (NYX eyeshadow in “Moonshine”). My crease was defined by using the shade “Tempting” from the Too Faced Sweet Peach palette. I then added “Marvel” (from Tarte’s Make Believe in Yourself palette) to the entire lid, and smoked out “Tempting” to create a dramatic, retro look. To top this off, I finished with a cat-eye effect.

I then used a light gold-toned highlighter on the tops of my cheeks, a muted pink blush, and then a rose gold-tinted lipstick. In direct sunlight, I shone just like an android. 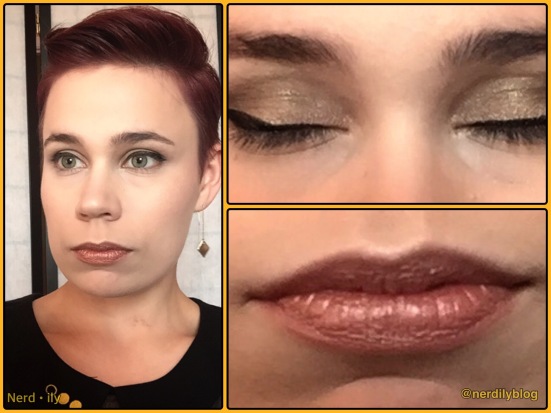 The best part of a Star Trek Casual Cosplay is that you really have to go off three colors: red, yellow, and blue. You can go with a retro 60s vibe (a la TOS), or go super futuristic (maybe channel Seven of Nine).  It’s also a great Casual Cosplay if you’re partial to wearing a lot of black clothing, like I am.

You can also go the faux-uniform route for a professional, ready-for-the-office look. 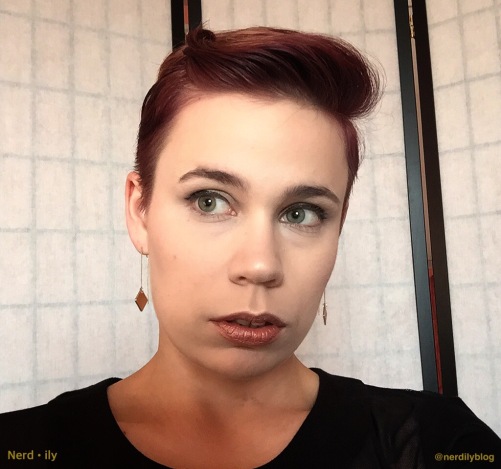 What do you think of my look? Who would you Casual Cosplay as from Star Trek? Let me know in the comments below, and get prepared for June’s month, commemorating the release of the new Wonder Woman movie!! 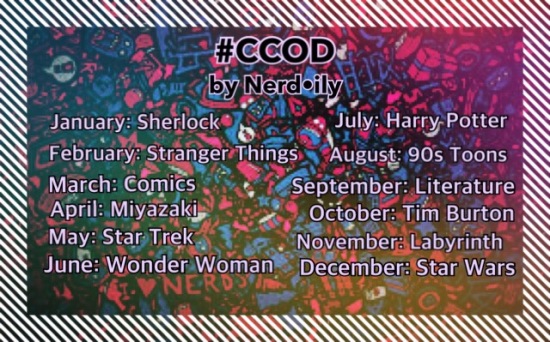 In the meantime, show me your Casual Cosplay looks over on Instagram, Twitter, and Facebook! I love seeing your creations, so don’t forget to tag me and use #CCOD and #nerdilyccod so I can spot your creations. Until next time!