Hey there, Nerds! Welcome to 2017! For a while, it felt like the new year would never roll around, but here we are!

I love conventions for their, well, nerdy vibes, but I also love them because I get to meet incredible people with shared interests. I go to C2E2 every year, and occasionally Wizard World Chicago and Anime Central, but I want to travel to other neighboring comic cons. It’s definitely a feat, but I shall persevere!

Hand-make my own cosplays

As you know, I’m currently working on a Batgirl cosplay, and then there’s Sexy Pizza. I’ve definitely caught the character creation bug, and I need to whet my appetite some more. This year, I’m hoping to make a Carol Danvers Captain Marvel cosplay, and I would love to make a Star Trek: TNG uniform that is perfectly tailored to fit my body. On a related note:

Sewing has become a new passion, and I always love to learn something new. In addition to making cosplays, I want to make more items like nerdy plush dolls and accessories. I also want to get into making my own clothes. I have so many projects in mind that I may burst if they don’t come to fruition!

Get a picture with a celebrity

As you may know, many actors, creators, and famous people attend conventions as guests. In my neck of the woods, the guest list is getting better and better. C2E2 has announced that people like Millie Bobby Brown (Eleven) and Evanna Lynch (Luna Lovegood) will make appearances, and the current creators of one of my favorite comic series, Hellcat, will also be there! I’m still crossing my fingers for Star Trek actors, Chris Evans, and Kelly Sue Deconnick to make appearances, but then again, that’s where my first resolution comes into play! The ultimate goal, of course, is to get a picture with Brent Spiner.

There are so many ideas that churn in my noggin about this blog. I always believe that it can be better, and I learn more and more about exciting new features I can add thanks to my job. Additionally, I have other ideas swirling around up there in the old noodle, so be on the lookout for those to come about in 2017!

Watch every Star Trek series—including movies and the new series

I’ve watched TNG in its entirety several times, but I’ve only seen a handful of TOS episodes and bits and pieces of the other series. I’ve been meaning to go through them so I know the universe better, but finding the time is tough. Being a Trekkie, I feel like it’s my duty to dive into the other incarnations out of respect for the franchise. And, you know, because I freaking love Star Trek.

I love movies, but I don’t always have the time to go out and see them while they’re in the theaters. Often times, I feel left out of the loop when a new blockbuster debuts. Since 2017 promises to bring us films like Wonder Woman, Guardians of the Galaxy Vol. 2, and Star Wars Ep. VIII, this year boasts a promising amount of entertainment that I want to experience on the big screen.

A good majority of you who read my posts are those I interact with constantly online. I love the chatting, discussing, and support that comes with the amazing communities in a part of on WordPress, Facebook, and beyond; last year, I got to meet Jordan of Jordandené at C2E2, which was exciting. Though we all come from different corners of the world, I hope to meet you all one day in person! If I can meet at least one of you this year, I would be over the moon.

On a side note, I would also love to participate in more collaborations with blog buddies and YouTube pals.

Though this isn’t a nerdy one, it can apply to any one of the other resolution previously mentioned. Each year, I try to be a little braver and a little more confident. While I feel like I’ve made leaps and bounds—like starting my career, getting a tattoo, and dying my hair purple—I know I am capable of so much more. 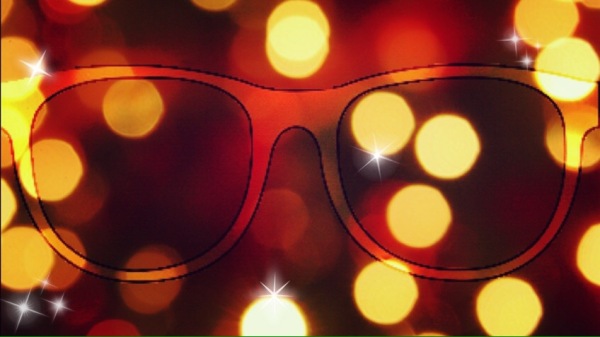 Now, I would like to thank you all for making 2016 a great year for the site. Nerd•ily is approaching its second blogiversary, and it’s coming close to reaching a new milestone: 400 followers! I’ve hosted three great giveaways this year, and got a chance to meet more of you and strengthen existing relationships with fellow bloggers and YouTubers.

I know I was scarce in December, but last month was absolutely terrible for me, ending with the news that my lovely grandmother passed away. I debated saying anything, but we’ve made ourselves such a nice little corner of the internet that I feel like I can share such information. While 2016 brought new adventures and exciting opportunities, it all brought tragedy in its wake. I can’t really say that I’m sad to see it go.

However, I am optimistic about the new year. Even if I complete one of these resolutions, I think I will have accomplished quite a bit. Here’s hoping to a bright new year for us all! Let me know what your Nerd Year’s resolutions are, and we’ll ring in 2017 together. Cheers!