Hey Nerds! Last week, I was confused to find that Face Off got moved to Wednesday nights. Then I remembered thinking the same thing a month earlier. Man, I’ve got to pay attention to myself more often. So, because the new episodes will be on Wednesday evenings, I can’t do the normal Face Off posts like I did in the past. Instead, I am going to write up a Mad Dash Recap of each episode. This gets us all prepared for the new episode that’ll be on tonight! Oh, and this summary will be 500 words or less. This quick read will get you caught up quickly, especially if you’re on the go!

Of course, this introduction won’t count, because it’s eating up my word count tremendously (didn’t really think this through, huh?). We’ll see how this works out!

Let’s get down to business.

The Season 10 premiere kicked off with the 14 contestants beginning their first Spotlight Challenge as soon as they congregated. They were soon split into teams of two (ugh, not again), and they began working on the prompt: alien bounty hunters. Right away, I was SO excited about the challenge. It seemed like a unique prompt to give the artists.

The 14 artists seem unique and entertaining. I grew fond of Robert the German, Melissa the 501st Legion Member, and Yvonne, who worked on Rise of the Planet of the Apes. We’ll see  how things go as the season progresses.

Ant and Johnny’s design reminded me of Undyne from the video game, Undertale. I wonder if anyone else will notice that?  While I liked their design of a aquatic character, they just could not come up with a consensus on how the cowl should be designed. Not promising for your first team challenge, bros. Also, Johnny seems like a control freak, but not in a good way.

Yvonne and Greg (robotic bounty hunter) experieced the inevitable predicament of Face Off: thick, rough edges on the cowl. And, unfortunately, it showed on the reveal stage.

What I noticed the most with this particular challenge was the amount of discord between the members of each team. This is why I don’t like team-based challenges on the first episode. We don’t get to see each contestant’s unique artistic flare. Then, they start disagreeing with how the process should operate. I primarily saw this in  the duos of Johnny and Ant, and Robert and Katie.

Caleb and Walter’s strong-chinned, lizard-like bounty hunter. I was absolutely blown away by their design, so much so that I gasped when the actor stepped onstage. 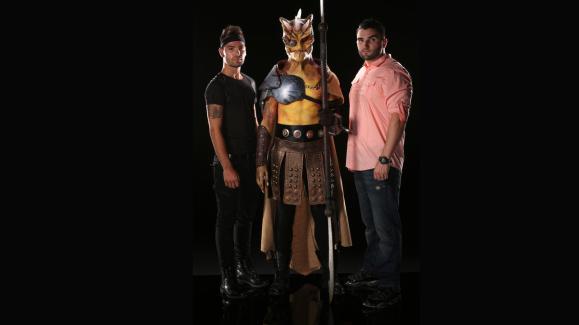 Anna and Melissa’s well-sculpted bounty hunter. The more I looked at their final look, the more I appreciated the overall design of the character. 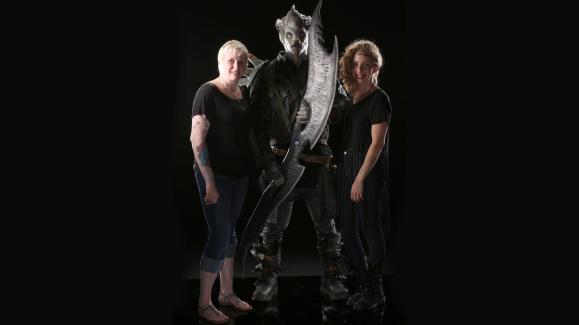 And the Winner is:

Melissa! Her and Anna won the judges favor, but it was Melissa who cam out on top.

Also, let me know what you think of this recap style! Until next time, Nerds!