One of my favorite things about C2E2 are the artists that attend each year. I love to see all of the awesome pieces of art they have created, and I really enjoy talking with them. I have a lot of respect for these artists; they travel around to sell handmade art, and they seem to truly enjoy what they do. Selling their work is how they make a living, which is very admirable. So, in honor of C2E2 and these incredible artists, I’d like to share with you my list of favorite Artist Alley participants. 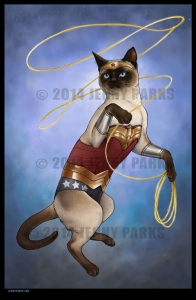 So, I’m a bit of a cat lover, and by that I mean that I’m crazy for cats. When I first saw Jenny Parks’s artwork, I instantly fell in love. Last year, I met Ms. Parks at C2E2, and bought a Sherlock piece from her. I also got to talk with her a little bit, and in that time I realized something: she’s really awesome. She’s transformed cats into the Avengers, Han Solo, and the entire cast of Star Trek: The Original Series and Star Trek: TNG. I love Jenny Parks’s work because it’s so unique and fun. I mean, a cat dressed as Han Solo? How is that not adorable and badass? This year, I plan on picking up another piece of her work to add to my cat wall (…what? Doesn’t everyone have a cat wall?), and to hopefully talk with her again. Jenny Parks is on Facebook and Twitter, so you should definitely check her out! Her booth at C2E2 is F7. 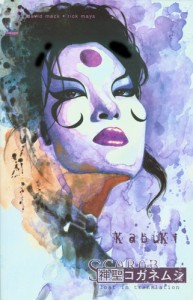 One of my friends loves his work, and it’s pretty obvious why. I mean, look at it! DO you know how hard it is to control and paint with watercolors? That’s some serious skill! David Mack has worked for some of the biggest names in the comic book business, such as Daredevil. But it’s his original series, Kabuki, that caught my eye; the series revolves around an assassin named Kabuki, who works for a secret Japanese organization called The Noh. Kabuki recently celebrated its 20th anniversary, which is incredibly impressive. We’ve talked with him each year at C2E2, and he is a superbly nice man. So, with all of this in consideration, you pretty much have to check out his work at C2E2. David Mack’s booth is P10. 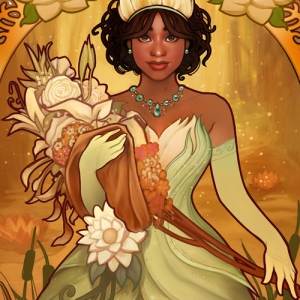 If you’re a frequent shopper on TeeFury, you’ll more than likely be very familiar with Megan Lara’s work. With a vintage flare, Ms. Lara produces incredible pieces of artwork that truly shine. What I like most about her work is her style, especially the pieces that look like tarot card illustrations. One of my favorite pieces she has made is her Labyrinth piece. I have the design on a t-shirt, and it’s gorgeous. I also love her Snape pieces, which is drawn in a similar style to the Labyrinth one. Like Jenny Parks, I appreciate Megan Lara’s unique style and prints, and add a touch of class to my geek collection. Megan Lara’s booth is E9. 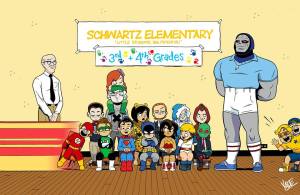 Mr. Stewart is a stape artist in my friend group. He was one of the first artists I had heard of before I went to C2E2 my first time, and now his artwork is always present in our room. Yale Stewart is a comic book artist, and one of the creative minds behind JL8, a series which revolves around the Justice League members as children. Let me just say, it’s incredibly cute. Yale Stewart will be at booth U8. 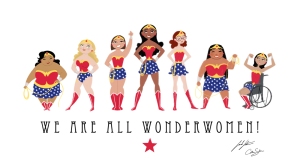 Artwork that’s inspiring is the best, especially when it’s created by these super sisters. Their piece, “We Are All Wonder Women,” is one of my favorites, and always manages to lift my spirits whenever I feel uncomfortable and insecure. I love the positivity of the message, and the image evokes acceptance. These ladies have made one of the most kickass images I have ever seen. If you would like to show them some love, they will be located at booth K2. 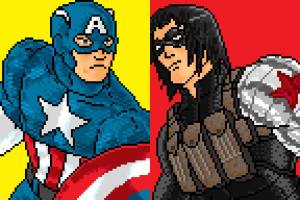 I know him as the 8-bit guy, but his work spans so many different styles. An independent comic book writer and artist, Victor Dandridge–the guy behind V:IP–shows great range and imagination. He recently started his own comic series, and collaborates with other artists and writers in the biz. I met him at C2E2 in 2013, and last year I finally bought a piece from his 8-bit collection. Very cool guy, by the way. I love his style because he show great variety and imagination, which are important qualities for an artist to have (I believe). Unfortunately, V:IP will not be attending C2E2 this year, but he is still a great artist to check out. Who knows? He might be coming to a convention near you!

Who will you be visiting at Artist Alley? Write in the comments below!

*Note: All of the art featured in this blog was originally created by these artists. The artwork has come from their websites, so any watermarks that are present on the pictures is there for a reason–to protect the integrity of the art. If you enjoy the work that these, check out the links below, which will direct you to the artists’ websites or Facebook pages. I do not own any rights to these works, but just want to showcase them.