For this Funday Friday, I wanted to do a post that was slightly different from what I normally do, so I’m giving you a peek into my life—sort of! Some of you may know this (like my friends), while others might read this countdown and realize how bizarre I am at times. But hopefully either you will relate to these 10 things, or you’ll guffaw along the way. So, here it is! The Top 10 Things you may not know about me: mckelodeon.

(In no particular order)

My first celebrity crush was Hugh Jackman. I fell in love with him after I saw the first X-Men movie.

Currently, I’m a senior in college, and I graduate in June. 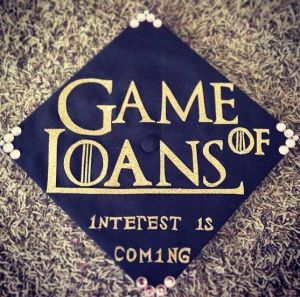 My field of study is English with a writing emphasis, and before you ask: no, I’m not becoming a teacher.

I did non-professional theatre for eight years off and on from the time I was a kid all the way up until my senior year of high school. Some of my favorite plays that I’ve been in are The Foreigner, Steel Magnolias, and Sweeney Todd.

My favorite superhero is Batgirl, specifically the Barbara Gordon Batgirl.

Last year, at C2E2, I met Ernie Hudson (Ghostbusters, The Crow, Miss Congeniality). I nearly cried in front of him because I was so happy to meet him, and he gave me a hug. It was one of the greatest moments of my life. 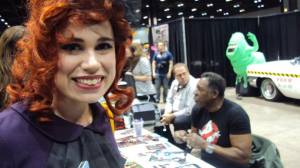 In junior high, I got REALLY into anime and the Japanese culture. While the love of anime has nearly died out in me, I did take classes on Japanese culture, and some language classes as well. Though now, if you asked me to say anything in Japanese, I would greatly embarrass myself.

I do impressions of a few people, but namely: Oprah, Katherine Hepburn, Cher, Herbert the Pervert from Family Guy, and Miss Piggy.

And there you have it! Some of the most useless information you’ve probably read all day, but I hope you enjoyed it. What are some things I should know about you lovelies? Do we have anything in common? Write in the comments below!