It is very rare when a movie trailer gives me chills, but the teaser for the upcoming movie, Mr. Holmes, certainly did give me quite the shudder.

As a huge Sherlock Holmes fan, I have seen just about every screen incarnation based on the story of the famous detective. I have also read quite a few books from the canon written by creator Conan Doyle, as well as more contemporary authors. As much as I don’t like change, I do like to see how writers put a new spin on the story of Sherlock Holmes. So, when I heard about Ian McKellen was to play the detective in a new film, I was intrigued.

The film centers on an aged Sherlock Holmes, who lives in Sussex, and spends his days beekeeping. But Holmes is tormented by an unsolved mystery that has perplexed him for 50 years. With a faltering mind, Holmes tries to piece together a puzzle, with the help of his housekeeper’s son. All in all, it proves to be a very charming outlook on the canon.

The synopsis is eerily familiar to a series written by Laurie R. King, in which a female protagonist runs into an aged, beekeeping Sherlock Holmes in the Sussex Downs, and soon becomes the detective’s apprentice. The first book in King’s series, titled The Beekeeper’s Apprentice, is a great read that takes an interesting look at Mr. Holmes from the perspective of a fresh, new character. Whether or not the film Mr. Holmes is loosely based off of King’s novels is up for debate, but I’m very excited that someone has finally picked up on the concept of an old Holmes at the turn of the century. 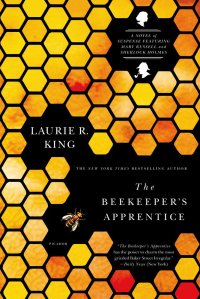 While the release of Mr. Holmes may seem like noise in a never-ending cacophony of Sherlock Holmes adaptations, it does deviate from the path of the typical Sherlockian tropes in Hollywood. And quite frankly, this adaptation cannot come at a better time.

It would be quite the understatement if I said that Sherlock Holmes is big right now. Since 2009, we have been inundated with shows and movies that try to revive the classic Conan Doyle stories. The recent phenomena started with the Robert Downey Jr. film entitled Sherlock Holmes, which proved to be entertaining, yet lacking somewhat in authenticity to the books (though I did really like the movie as a whole). Next came the BBC hit Sherlock, starring the ever-gorgeous Benedict Cumberbatch as the super-sleuth, which took the world by storm. This adaptation offered a more modern look at the detective, with clever tie-ins to the original stories and Law & Order-level drama. BBC’s Sherlock, by far, is one of my absolute favorite on-screen adaptations to date. Then came CBS’s answer to the canon: Elementary. I have never seen this particular incarnation, but it did air around the same time as BBC’s show, which is a little weird and unnecessary in my eyes. But the fans love both shows. Still, though, Hollywood eats up these stories left-and-right, drowning fans and casual observers alike in a sea of Sherlocks and Watsons (although I’m sure some fans would love for that to be a real-life thing). 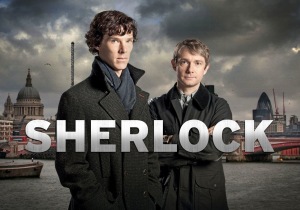 In this giant Sherlockian brocean—or bro ocean—how do we discern a good adaptation from a poor one?

Normally, I’m very much a purist when it comes to film adaptations, but for Sherlock Holmes, I make a lot of exceptions. RDJ’s Sherlock Holmes was enjoyable because it had a strong focus on the art of deduction—a form of sleuthing that Holmes is known for. In slow motion, the scene is broken down, and for a moment the audience feels like they are the ones solving the case. Another example, being my favorite adaptation, is Basil Rathbone’s Sherlock Holmes, who adds a suave and debonair vibe to the canon. Not only that, but he is most like Holmes in appearance if you take original illustrations into consideration. 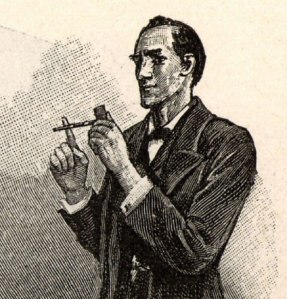 Then there’s his confidence; Rathbone’s portrayal of the super sleuth is very uncanny to the literary form, as he solves both miniscule and grand riddles in mere minutes and with keen intellect. Rathbone will forever be my favorite Holmes, with Mr. Cumberbatch coming in as a very close second.

Then you have to consider the off-shoot adaptations; the ones that are often forgotten and lost in cinematic history. For example: Young Sherlock Holmes and The Great Mouse Detective. Young Sherlock Holmes is a film from the 80s, but it puts a spin on the dynamic duo—Holmes and Watson—and their first encounter. A charmingly light-hearted version of the story, YSH is one that should definitely be checked out. And who could forget Disney’s answer to the canon? The Great Mouse Detective was one of my favorites as a kid, even before I became Sherlocked. Both of these adaptations are near and dear to my heart, and though they may not be accurate, they are still beloved. 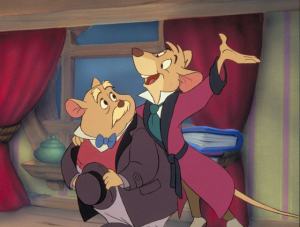 I think the reason for my obsession with Sherlock Holmes adaptations is that the story never has to end. People are quite clever, and come up with very interesting approaches to the story, which means that Sherlock never has to die. As someone who loves literature, it’s always nice to know that a character never leaves, even when he has been “killed off” time and again. I’ve been a Sherlockian since I was a kid, and when you’ve had heroes for that long, they are hard to give up. This, I believe, is the reason why I am so ecstatic for the release of Mr. Holmes, because not only does the character live on, but the canon doesn’t have to die out. I believe that this is the moral that books can teach us: if it’s there in your heart, it never leaves. And if Hollywood likes it, prepare to see more and more adaptations.

If you are interested in more books about Sherlock Holmes, I suggest these great reads:

Sherlock in Love, by Sena Jeter Naslund (not a fanfiction)

Mastermind: How to Think like Sherlock Holmes, by Maria Konnikova